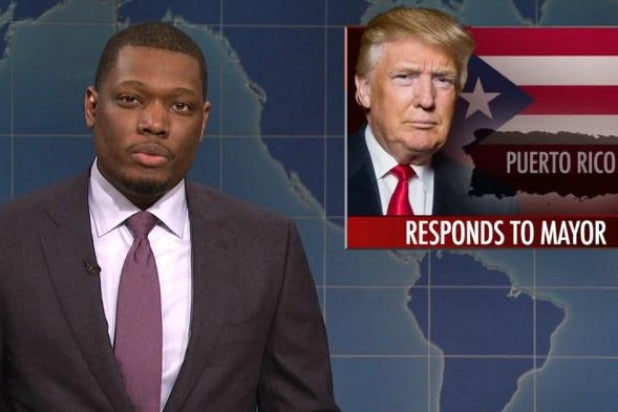 Michael Che kicked off another season of hosting “Weekend Update” on “Saturday Night Live” with his most caustic diatribe yet against President Donald Trump over his response to the Puerto Rico disaster, and it included a term that has some Trump supporters rankled.